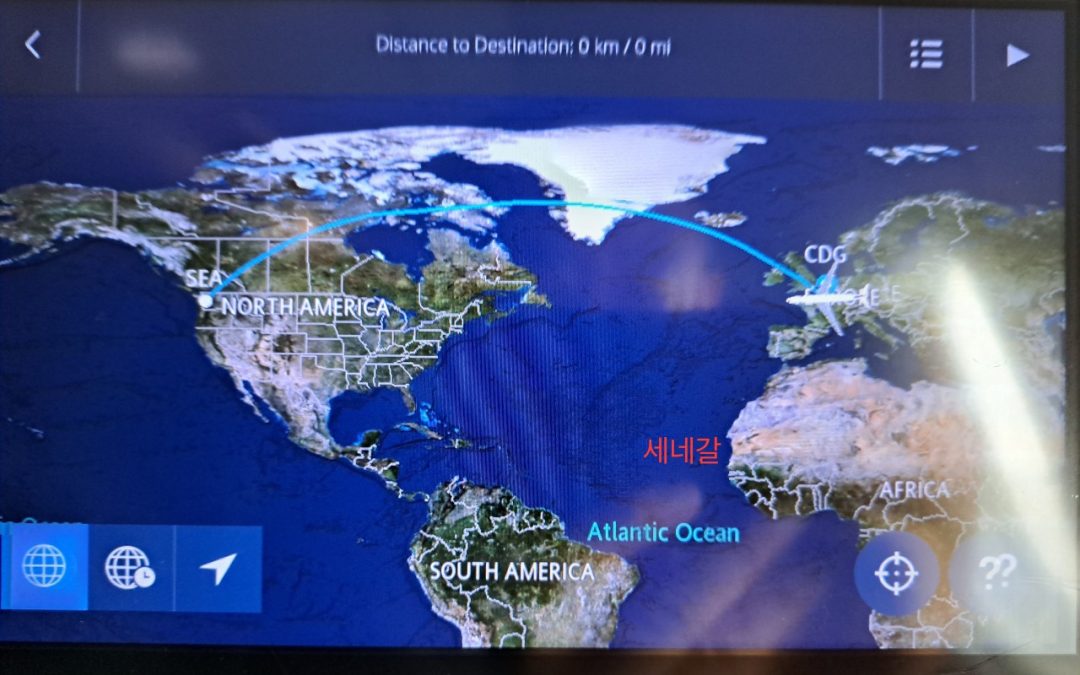 Dear Friends,
At every step of the way, I felt your prayer on this journey to Dakar, Senegal.  Thank you for praying.  When I arrived at the Delta check-in desk at the Seattle International Airport Sunday morning, I was shocked to see the endlessly long lines of people wanting to fly Delta.  It took almost two hours and a half for me to move up to the check-in counter to be able to see the agents at work.  Then, I heard the agents ask their passengers for vaccine cards and PCR test results depending on their final destination’s requirements.  It was about that time that my Paris-bound airplane’s boarding started so an agent yelled, “Anybody going to Paris?”  So many people raised their hands including me.  The agent said, “All of those who are flying to Paris, please ignore the line and come forward.  We need to check you in ASAP.  The agent who checked me in neither asked me for my vaccine card nor the PCR test result because she had to check me in fast.
After 10 hours of flight, I arrived in Paris.  Then there were 8 hours of exhausting layover at the airport in Paris.  When it became finally my time to get on board the airplane for Dakar, Senegal, the gate agent stopped me and set me aside.  After he processed everybody else, he turned to me and asked me for my vaccine card.  I showed him my card which has February 2021 as the date of vaccination.  He carefully read it and handed it back to me, and said, “Okay.”
After 5 hours of flight, I arrived in Dakar, Senegal.  As the passengers deplaned and walked toward the passport control, we were stopped at the 5 people who were wearing facemasks under the face shields and wearing lab gowns.  They were checking each person’s vaccine card and PCR test results if the passenger’s vaccine card is outdated (Vaccine shots taken more than 9 months ago are not accepted here).  When it was my turn, I handed the person my vaccine card (of course outdated according to their standard).  The person carefully checked the dates and handed me the card and said, “Okay.  Next person.”   Isn’t God amazing?  God is truly the Way-Maker.
When I checked into the guest house of the American Theological Institute  (ATI) and had dinner, it was midnight.  I slept well and got up early today (Tuesday, May 17) to write this report.
Training pastors and seminary students in a Muslim country where Christians consist less than 1% of the population including Catholics feels overwhelming.  Please keep praying for God’s kingdom to come to Senegal
Appreciate your prayers and partnership
David

Behind me is the Senegal Passport Control