Jesus is risen! The message of the resurrection requires to obey the Great Commission. DCMi’s mission is to preach the gospel and develop leaders that will transform their cities and nations.

Please pay attention to how the gospel transformed a person and turned him into a leader. More than a decade ago, our church’s Prison Ministry Team met George F. Brummell, a drug dealer and 35-year heroin addict who had surrendered his life to Christ while in prison. After he finished his prison term, George moved next door to our church. In order to support him, our church gave him a job as a custodian. While cleaning the church, George faithfully studied, passed his GED and entered Faith Evangelical College and Seminary where I was working as Professor of Old Testament. George studied diligently for 4 years and received a bachelor’s degree and then a Master’s degree in Counseling after 2 more years.

While going to school and working full time as a custodian, George launched a foundation whose primary goal was to give hope and vision to underprivileged young people through a weekly meeting of games and Bible teaching. After he completed a Master’s degree in Counseling, George fulfilled the requirements of the state of Washington and became a state-certified professional counselor. He launched a small counseling firm and helped many addicts achieve freedom from their addiction. As time went by, this small counseling firm grew to be a Professional Counseling Center with multiple counselors and supporting staff.

Being an ambitious man, however, George did not stop there. He was driven to make up for the time he had wasted on drugs and in prison. George kept studying and obtained a Master of Divinity and eventually a Doctor of Ministry degree. Upon getting his terminal degree, George planted a church to reach the homeless and others with serious social disadvantages. Worried about George’s health as he juggled so many responsibilities, I often expressed my concern, “George, you are doing too much. Please slow down and take care of yourself.” I had to stop giving him this advice when he stared at me and said firmly, “David, counseling is my work, but taking care of socially disadvantaged people through church is my mission. I have to fully give my life to fulfilling the mission the Lord laid upon me.”

It has been a year and a half since George planted his church. He invited me to speak at his church last month and I was so proud of him for the way he was ministering to his congregation. A man with unsatiable passion, George literally gave his life to fulfill his mission. Last Thursday evening he was taken to the ER after a massive heart-attack. He was declared brain dead on Sunday evening and on Tuesday evening, surrounded by a handful of close friends, George was sent off to his Creator when the medical team unplugged his life-support system. I miss my dear friend George, but he remains in my heart as a hero.

I am heading to Cambodia in early May to explore the possibility of a gospel festival. Our leadership team will spend this summer developing a comprehensive plan to cultivate Nepalese leaders for the next generation and hopefully we will start the training program in the fall. These leaders are not pastors. They will be involved in government, business, education, healthcare, etc. The nation of Nepal will be transformed as these young leaders assume their roles in society and live out the gospel through their work. My coworker Antoinette had a great outreach to Ethiopia for ten days in early April. Thank you so much for your prayer and support.

George’s memorial service will be held after I return. He is gone, but his legacy will continue to inspire me. 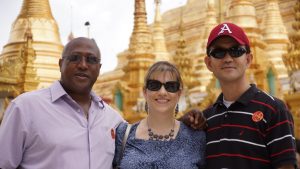 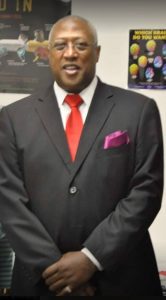